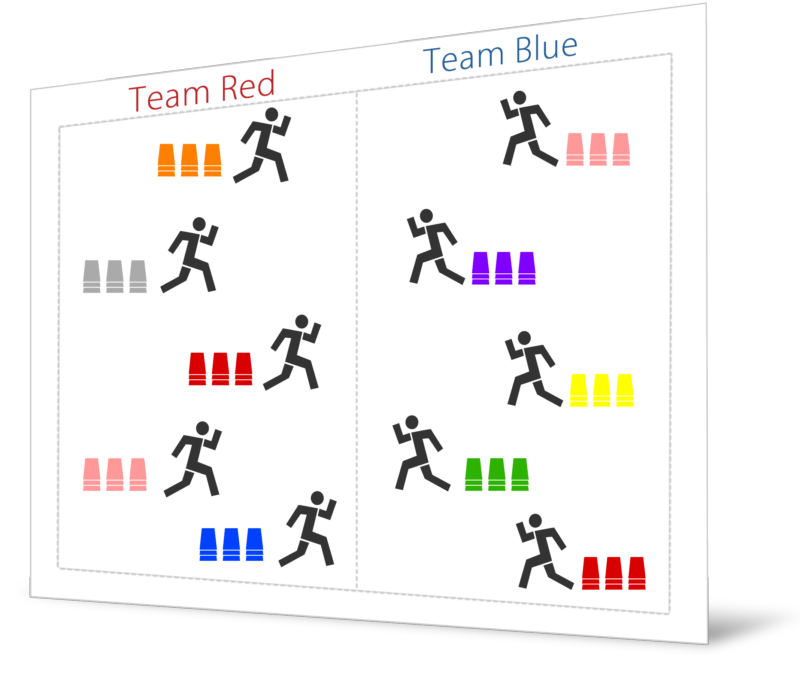 Divide the class into two teams (3 colors vs. 3 colors), each team on one half of the activity area. Each stacker upstacks a 10-Stack with the remaining two cups stacked end to end on top randomly in the activity area.

Students play 1v1. Each student sets up a 10-stack about 20-30 feet from the center line. They each have 5 tennis balls marked with numbers so they know which ones are theirs. Students roll their balls from behind the center line to try to knock down their opponent’s cups while also trying to defend their own. Once they have rolled all 5 balls, they can retrieve their own balls and return to their side to try again or play in rounds. If playing in rounds, have students stop playing in between rounds when they retrieve their tennis balls. Remind students to keep 6’ from other students when retrieving their tennis balls.